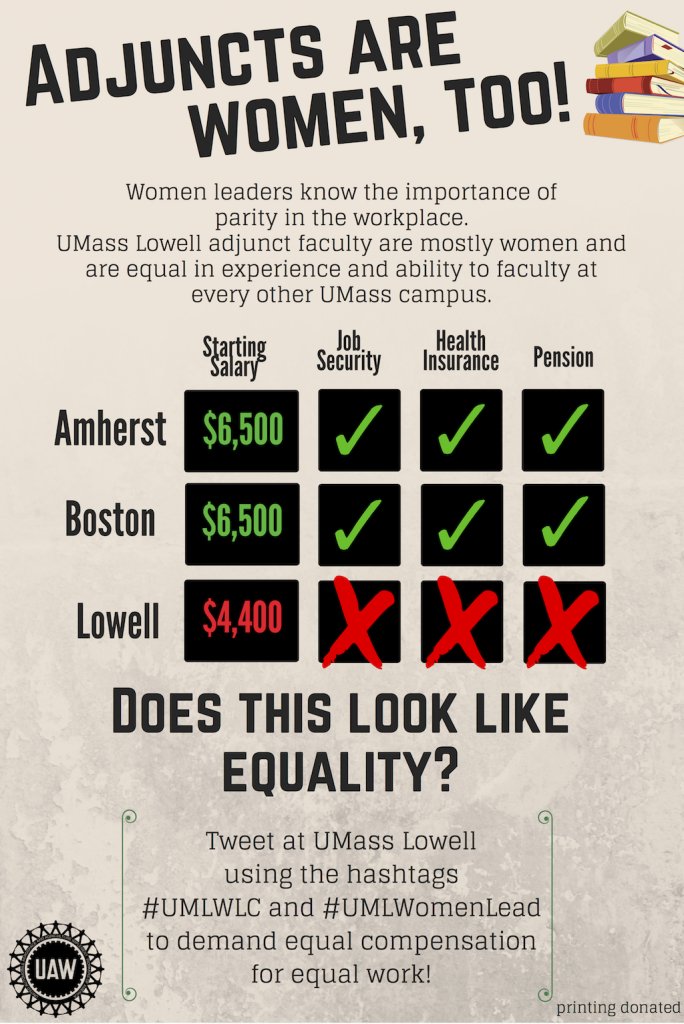 Women leaders know the importance of parity in the workplace.

UMass Lowell adjunct faculty are mostly women and are equal in experience and ability to faculty at every other UMass campus.

It's worth reading the entire essay, but here is a teaser.

It used to be the case that non-tenure-track faculty were assumed to be inferior to their tenure-line colleagues. These days, however, jobs have become so scarce in many fields that one’s position in the academic hierarchy is largely an accident of birth. One could probably instantly create a new university that would rival the world’s best simply by hiring from the pool of the un- and under-employed.

Even if academe were a magically pure meritocracy, there would be no reason to treat some of its members as second-class academic citizens. But perhaps the randomness makes an especially strong case for the general rule that contingent faculty should be treated as members of the academic communities of which they are indeed a part. There are three things that need to be done — two easy, one hard: welcome contingent faculty when they arrive, support them while they are there, and thank them when they leave.

Essay on how tenure-track faculty members should treat adjuncts @insidehighered.